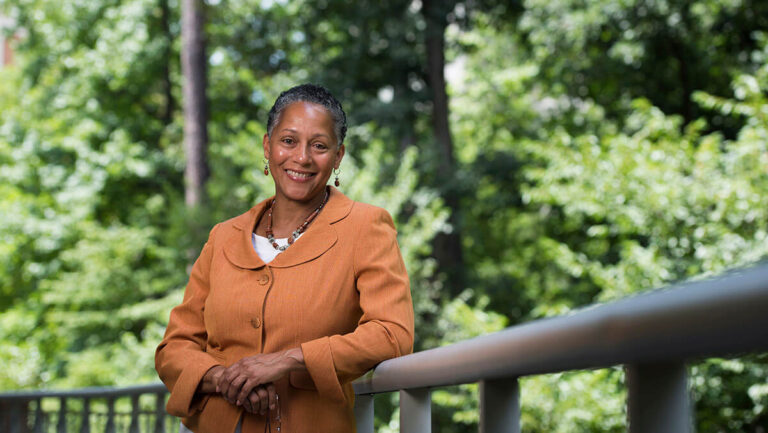 The HERS Board of Directors is delighted to announce that Dr. Gloria D. Thomas will become President of HERS effective August 31,  2021.

“The board was committed to finding the best candidate to lead the organization that we all endeavor to support.  I believe we have succeeded, and the future of HERS grows brighter with each passing day. The national pool was extremely strong, and Dr. Thomas emerged as The One. She brings with her a wealth of experience in women’s leadership development that includes time at the University of North Carolina, University of Michigan, and the American Council on Education (ACE). We’re looking forward to growing with her leadership as we partner to take the organization to heights never before imagined.” –  Dr. Tuajuanda C. Jordan, HERS Board Chair.

Dr. Thomas is stepping in at an exciting and critical moment for the nonprofit organization founded in 1972 to create and sustain a diverse network of women-identified leaders in higher education . With bold persistence, HERS pushed through the past year’s challenges to expand the portfolio of programs for women at all career stages and launch its first online networking platform.  January 2022, will mark the 50th anniversary of the organization’s inception, and a milestone of serving 7,000+ women through its programs.  As the incoming president, Dr. Thomas is charged with creating a vision for the organization’s future – committed to achieving equity, inclusivity, and excellence in higher education leadership.

Dr. Thomas brings her unique voice and perspective along with 20+ years of experience in women’s leadership development in higher education. She comes to HERS from the University of North Carolina at Chapel Hill where she served as the Director of the Carolina Women’s Center. Prior to her time at UNC, Dr. Thomas served as the Executive Director of the Center for the Education of Women (CEW) at the University of Michigan and the Associate Director at the American Council on Education (ACE). From the start of her career in academic administration. Dr. Thomas has experienced the unique challenges and barriers that women face, especially women of color, as they climb to top leadership roles in academia.

“I was drawn to the presidency of HERS based on the organization’s track record in providing access to quality leadership development programs and an amazing professional network for women-identified individuals from all intersectional gender identities and institution types. I seek to build on and expand this excellence. HERS stands ready to prepare women-identified leaders to move the country forward for improvements and growth in the U.S. workforce, economy, research developments, civic engagement, and an enhanced civil society for this country’s future. I am privileged to serve at the helm of HERS at such a critical time.” – Dr. Gloria D. Thomas

According to ACEs  2017 American College President Study, only 30 percent of the nation’s college and university presidents are women, increasing just four percentage points since 2011. Additional findings from a report on the status of women in higher education show that despite women earning the majority of college degrees and having increased representation in entry- and mid-level positions, they have made little progress in advancing to chief executive positions. Among America’s elite R1 Universities, a 2021 study by the Women’s Power Gap found that women hold only 24% of all top-earning titles, and women of color hold only 2.5% of those positions.

Imagine how much more equitable it would be if women held half of the senior-level positions in higher education. For nearly 50 years, HERS has shaped bold leaders and worked to close the gender equity gap in higher education administration.  HERS leaders implement principles of Diversity, Equity, Inclusion, and Justice in their home institutions.  More women rise in the ranks every year, and we continue to see institutional “firsts” — of deanships, presidencies, vice presidencies, provost roles, and other comparable titles filled by individuals who identify as women. However, more work is required to ensure that women have an equitable voice in shaping the future of higher education.

“Among my first duties as President of HERS will be to celebrate the 50th anniversary by securing its future as the only organization committed to closing the gender gap in higher education leadership with a commitment to achieving intersectional gender equity, inclusivity, and excellence. I look forward to working with HERS leaders and supporters in 2022 and beyond.” – Dr. Gloria D. Thomas

The first weekend will be a virtual session to accommodate the uncertainty around fall schedules and health concerns.

(Participants will be responsible for their own hotel arrangements)